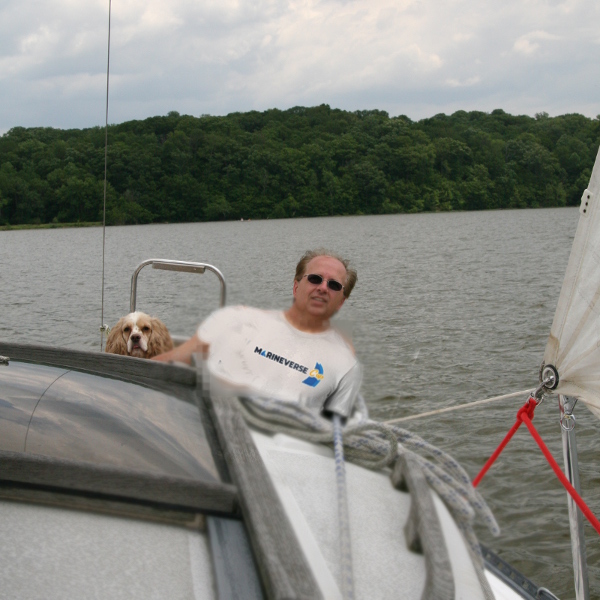 Today, we are chatting with Nelson Livingston from Cincinnati, Ohio in the USA. 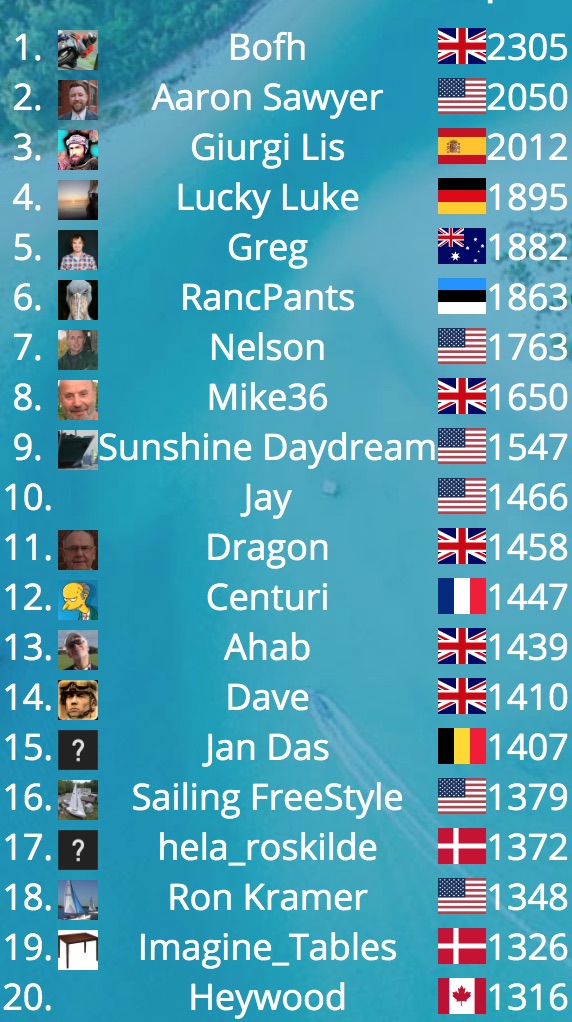 We have asked Nelson a couple of questions..

We have a few small lakes nearby and the Ohio River ( the river is not good for sailing). I started sailing when I was 8 years old.

Some with my father in an O-Day Daysailer. We sailed in national championships on all three coasts.

Once I saw a 12 foot shark off to the port side. Mind you we were in a 17 foot boat, there was almost no wind so we were sitting on the low side to try and get the sails to fill. Yikes.

I sailed solo in a Sunfish hull number 1227 (old hull). We changed to a large cruiser in Galveston. sailed off shore and down the coast.

I have sailed in Hawaii.

I am also a recipient of the Presidential Sports Award for sailing.

I was in the sea explorers branch of the Boy Scouts of America.

I started VR sailing with VR Regatta on the PC. Found myself trying to hike out on the Laser. One of my kids took my headset to college with them.

Along came the Oculus Quest and I jumped back in and then found MarineVerse Cup. This is great. You can hear the water, the sails, the winches, the creaking of the wheel.

You get so immersed that I have even found myself ducking under the boom out of habit. That was really strange but I had to see if I was going to make the mark or not, but to duck under…

I have had several really close races, one here recently where Greg’s bow was in my cockpit sailing towards the finish line. We finished less than 1/2 second apart.

It so second nature that there is almost nothing to learn. Is it winter and you can’t get your boat out? Is it in dry dock having the bottom painted. Short on crew and can’t make it. Want to have fun competing against other sailors from around the world? Then this is for you.

Think about it what other sailing events put sailors from around the world together against one another. (America’s Cup, Volvo Ocean Race). As time goes on and the software continues to improve, I can’t wait to see what’s in store for us.