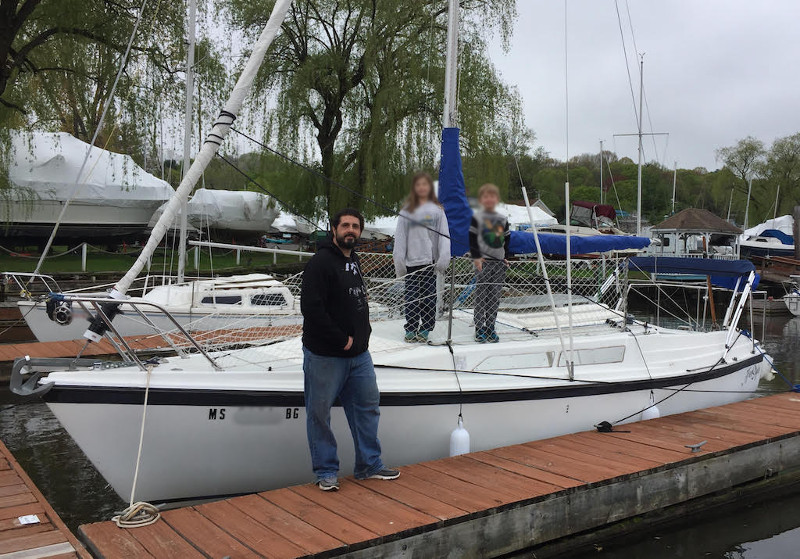 Today, we are chatting with Ryan from Western Massachusetts in the USA. 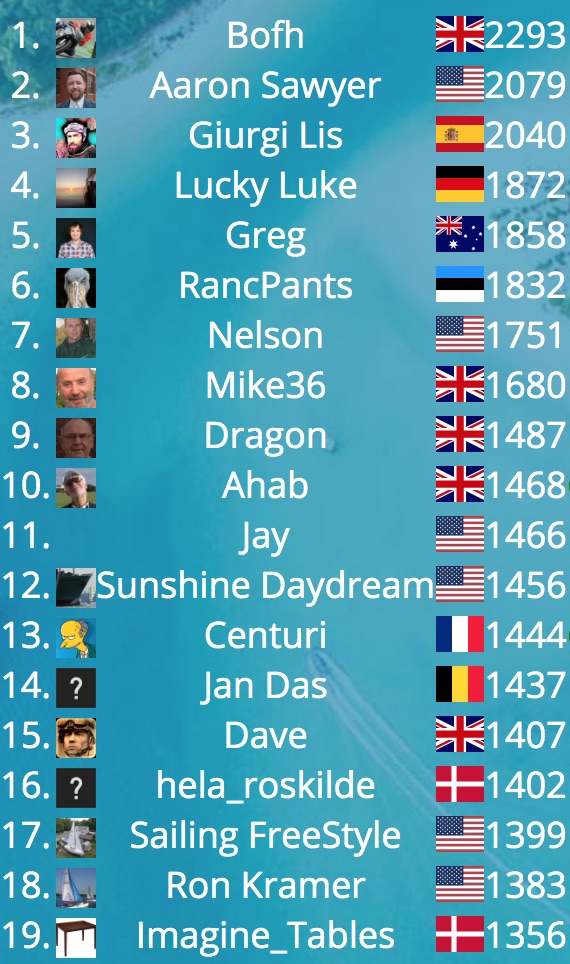 We have asked Ryan a couple of questions..

I got into sailing about 3 years ago after getting sucked into a YouTube channel called “Wicked Salty”. I have always been into boats, but that’s what turned me on to Sailboats in particular. So I started obsessing a little bit and would always be browsing the local Craigs List ads to see what was available. One day an ad popped up for a FREE sailboat (she was in pretty rough shape) so I snagged her up before anyone else, spent the summer fixing it up, started my OWN YouTube channel documenting the progress (Shameless Plug - Check out Sailing FreeStyle on YouTube!) and was able to go sailing for the first time at the end of 2017! Basically taught myself how to sail and I have been having an absolute blast with that boat ever since.

So I just got an Oculus Quest head set about 6 months ago. I have always been in awe at the concept of VR since I was a kid and tried a very “primitive” experience at our local fair. So when the first “untethered” and reasonably affordable head set went on the market, I couldn’t resit it.

I found MarineVerse Cup just browsing through the apps on SideQuest and was so pumped to see a Sailing Sim! I honestly didn’t have very high hopes for it, but I was stunned at how immersive and “real” it felt. It Definitely gets me my sailing “fix” when I don’t have an opportunity to get out there in the real world.

EVERYONE should try MarineVerse Cup! If you’ve ever thought about sailing you can see how its not as complicated as you might think (and its way easier than trying to find a free boat online and spending 6 months fixing it up until it’s considered seaworthy!)

But I can say for ME PERSONALLY - where I really connected with MarineVerse Cup was the racing aspect of it. I have been really interested in racing but also extremely intimidated by the concept of being on a crew or just racing single handed (my boat is only 26 feet) with some of the guys at the yacht basin. MarineVerse Cup takes the pressure off of it (because its just a game after all) and puts you in a super relaxed, friendly and even social environment while you can learn what sailboat racing can be like.

Just jump in and start pulling lines until you figure out what does what, that’s basically all I did in the real world too! LOL

All I can say is that if MarineVerse Cup is only in Alpha right now then I can’t wait until it’s polished up and finished. Obviously there’s a lot that can still be done with the Sim and there’s so much potential for this to really become a mind blowing experience. I am also excited because if this is the kind of experience we’re getting when VR is still in it’s infancy, then I can’t wait to see what comes out over the next 10 years or so.