VR Fitness Summit with a total prize pool of more than $25,000 and over 40 game studios participating was a defining moment for fitness in Virtual Reality.

Sailing enthusiasts from around the globe raced in MarineVerse Cup to find out, who is the best VR Sailor in the world. 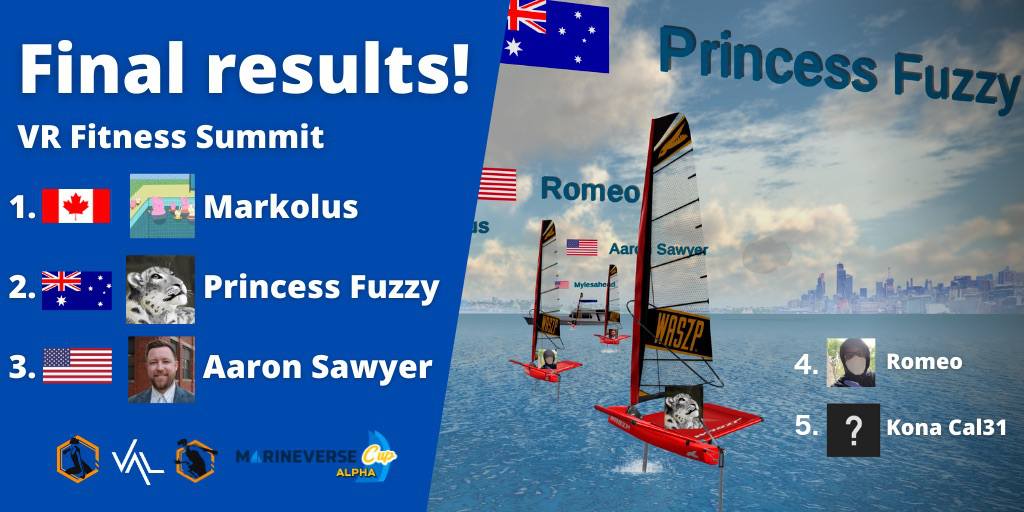 People might want to pay attention VR sailing because one day we’ll have VR esports in the Olympics and VR sailing is likely to be one of the first considerations for several reasons, including that sailing is already in the Olympics and it’s not a first person shooter. MarineVerse is building a great community and game so it might be good to keep an eye on them. :) ( Read more ) 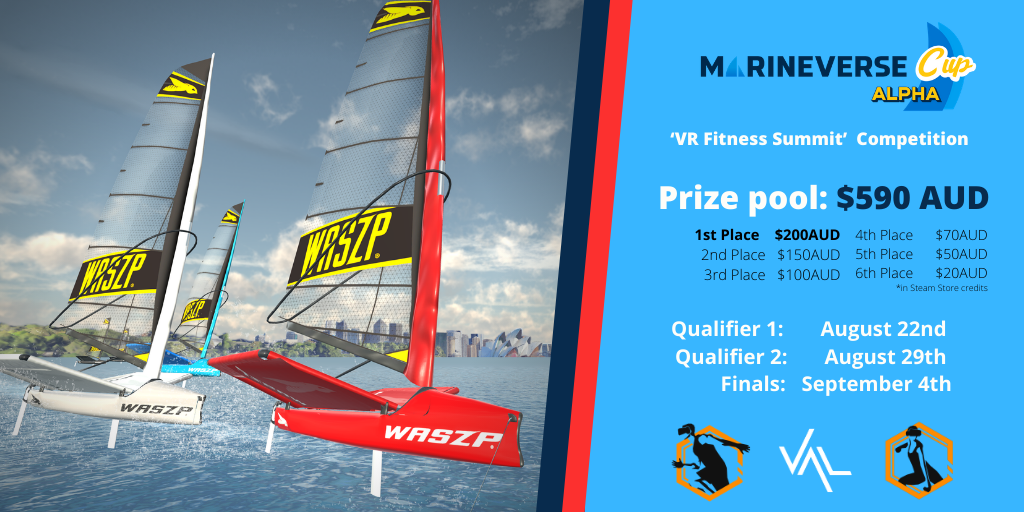 Qualifer 1 in Dinghy, Qualifer 2 in Waszp and Finals in Waszp.

If you would like to try sailing join us.

MarineVerse Cup is a sailboat racing game for virtual reality headsets. It is currently being developed by MarineVerse team, in Melbourne. It is available in Early Access and offers introduction to sailing with basic tutorials, 3 different boats, 7 locations and Daily Races grouped into Weekly and Monthly leaderboards.

You can meet VR sailors at our Discord chat server and you can downland MarineVerse Cup on Steam or if you have Oculus Quest, via SideQuest.