Sailing has always been a multigenerational activity that connects kids with parents.

As we’re celebrating Father’s Day this month both in the US and Europe, we thought it would be a great idea to share some of the inspiring father-son stories around sailing that MarineVerse community members have shared.

Today, we will hear from Aaron and Jay Sawyer, both MarineVerse Cup sailors. 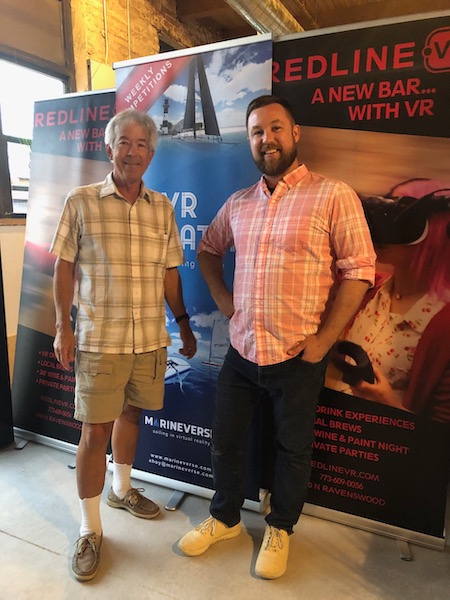 MarineVerse: Can you share with us some of your “father - child” sailing memories?

Aaron: I’ve been racing sailboats with my father, Jay Sawyer, since I was just old enough to scramble across his Melges MC Scow, but not yet strong enough to pull up the daggerboards without help.

Jay: ​​I have been sailing all my adult life. Racing Lasers, scows and many other dinghies and finally keelboats as we all grew older. In Nebraska we have a number of large reservoirs and great wind in the open plains. When my son Aaron was barely old enough to help, I enlisted him to crew on my MC Scow to drop and raise the 2 centerboards with each tack.

Aaron: I watched and learned as my dad would deny starting-line bargers and calmly negotiate overlap rights approaching the leeward mark; other dads yelled a lot, but not my dad. 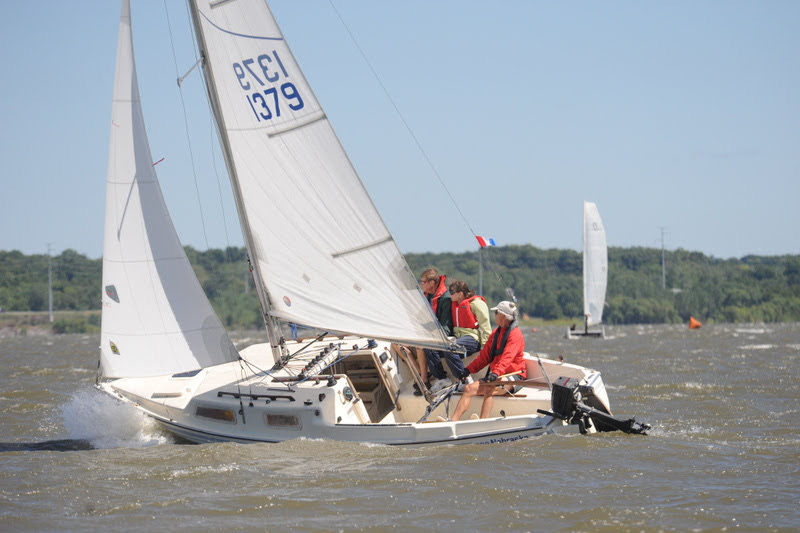 Aaron: Dad taught me racing strategy and how to read the wind on the water.

Jay: Years later Aaron was the foredeck crew on my 21’ cruiser and we raced regionally. One of my proudest moments was when he took the helm at a 5 race regatta in Oklahoma. I was the center crew and we took first place. I’m sure Aaron was impressed with all the hours of boat preparation and practice it takes for the team to compete well.

Aaron: After the club races, Dad would allow me the spare quarters that had been baking in the hot car to go play arcade games at the marina while he packed everything up.

MarineVerse: What happened when Aaron grew up and moved out?

Jay: When Aaron left for college my racing expanded nationally in several different dinghies and smaller keelboats. I won 4 national titles with a couple other regular crew. A couple decades later now there is very little racing in the area. I now am a “cruiser” with my Island Packet 40, a blue water boat in Tampa Florida. Aaron races at Chicago on Lake Michigan in Sunfish.

Aaron: As an adult, I moved to Chicago and started a virtual reality entertainment bar called Redline VR. My dad still lived in rural Nebraska, and it seemed probable that I would never again race a sailboat with or against him.

MarineVerse: But it turned out that at least virtually, you were able to meet your Dad on the water?

Aaron: I hadn’t really sailed in almost two decades, but during the colder Chicago months, I found myself doing a lot of sailing in VR. I had to tell Dad.

Jay: In 2019, Aaron opened his business named Redline VR, a virtual reality arcade in Chicago, Illinois. As MarineVerse Cup was being developed Aaron was one of the top finishers in the Yacht racing. After my first visit to his arcade I bought a Quest and was hooked. 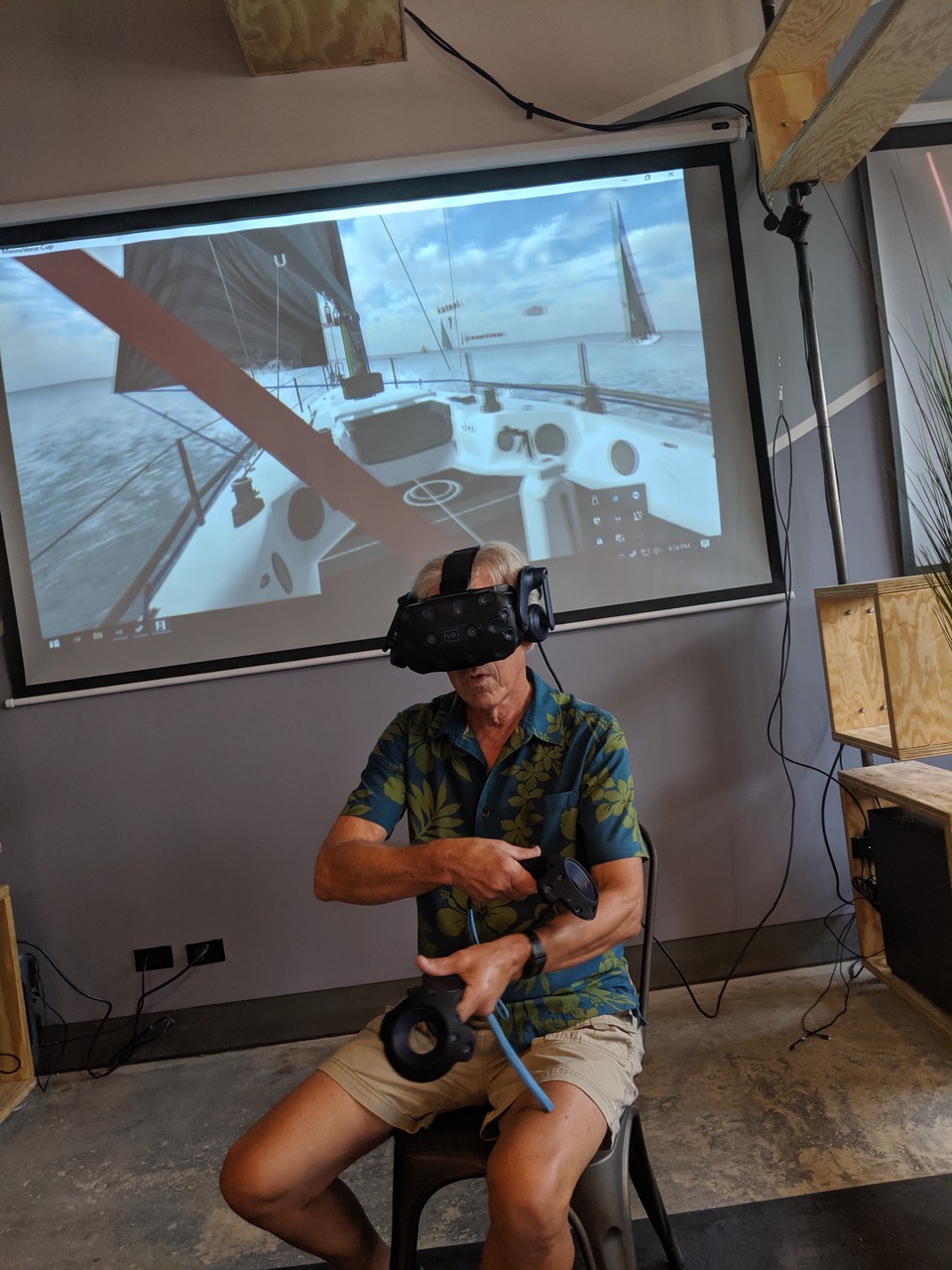 Aaron: In the early versions of Marineverse Cup ( circa 2019/2020 ), I remember the first time I was able to see “my father” out on the virtual water. I was one of the best, most active VR sailors at the time, and I noticed every newcomer… but this newcomer was my dad. I sailed around his boat, eyeing it. The game race started and I followed him around the course with extreme fascination. When would he tack? How would he round a mark?

Jay: I have never played any games and prefer real sailing, although I hardly ever let a day go by without competing as Captain Jay in MarineVerse Cup Yacht Pro league. 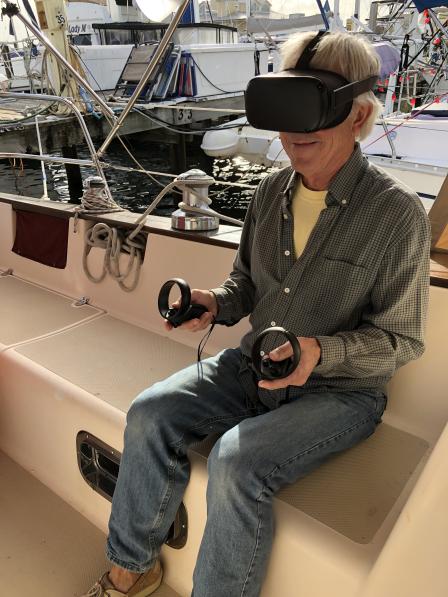 Aaron: Soon, “Captain Jay” was one of the top competitors. In a race, if we ended up on opposite tacks I had trouble concentrating on my own boat as I was constantly measuring myself against him. Some nights after a race we’ll hop on a phone call bemused about “that huge wind shift” or whether or not it was better to go around or through a section of the course. 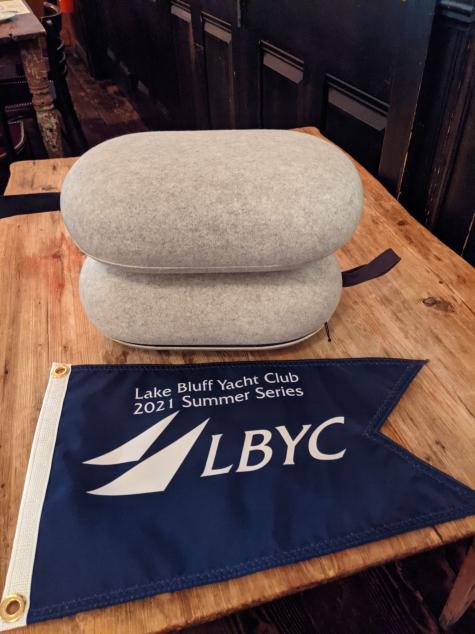 Aaron: I now race with the Lake Bluff Yacht Club in a real Sunfish sailboat on Lake Michigan, and I am thankful to Marineverse as a wonderful way for me to stay connected to sailing and… to my father! 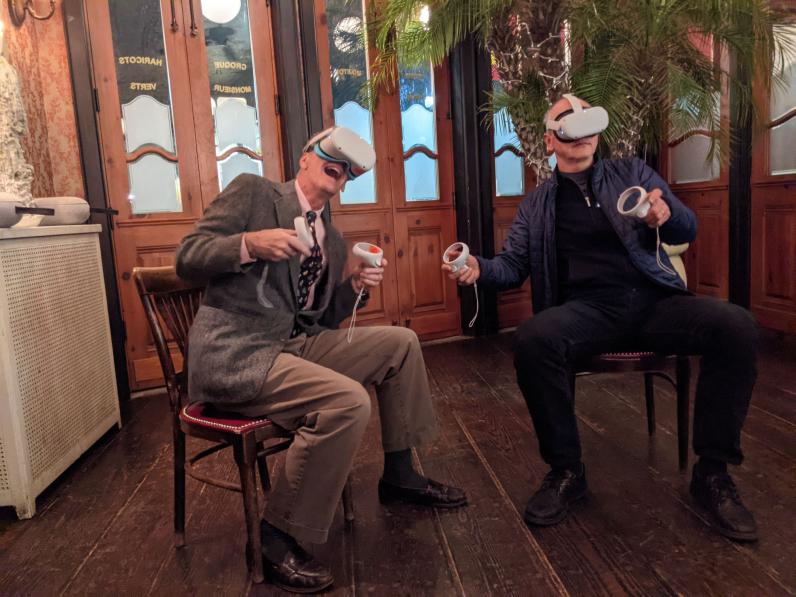 Jay: Part of the fun of MarineVerse Cup is getting to know the others from around the world and taking it a bit personally when you win or lose by seconds. Also these virtual races help keep you sharp as a skipper focusing on racing tactics. Another aspect of the MarineVerse I enjoy is meeting others in the Multiplayer race and offering help to newer sailors about racing in virtual reality as well as basic racing tactics.

We hope you enjoyed reading the story shared by Jay and Aaron!

MarineVerse mission is to Inspire, Train and Connect sailors. We love the Sawyer’s story, as it not only demonstrates the power of VR to Connect, but also, to Inspire. Aaron, after almost two decades of not sailing, started again, partially thanks to MarineVerse inspiration.

If you would like to try virtual reality sailing, join us!

You can meet VR sailors ( including Jay and Aaron ) at our Discord chat server and you can download MarineVerse Cup on Steam or via Meta Quest store.